I’ve been sitting on this new version of DfontSplitter 0.2 for Windows until I had a solution to the corrupt font error. With a solution found, I feel ready to offer this improved version of the Windows product. 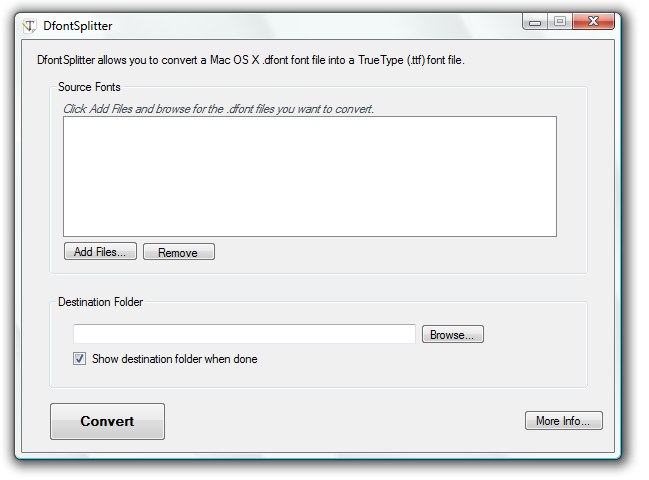 The new release has been rewritten from the ground up in C#, rather than Visual Basic and the interface completely redesigned in Visual Studio 2008. Compared to the previous 0.1 revision, this release has:

It’s cleaner, hopefully more stable and brings the Windows feature set roughly in line with that of the Macintosh version. Remember, if you have issues with the TTF files being reported as corrupted, the FontForge workaround will help in almost all cases.

You can download this release from the DfontSplitter project page.

Let me know what you think and feel free to spread the word about this new version to people still using 0.1.