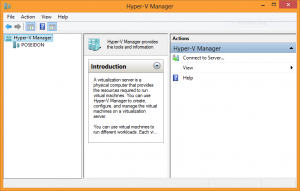 The first port of call when you have a broken Windows bootloader is Microsoft’s own Startup Repair tool on the Windows disc, or in your Recovery Environment. 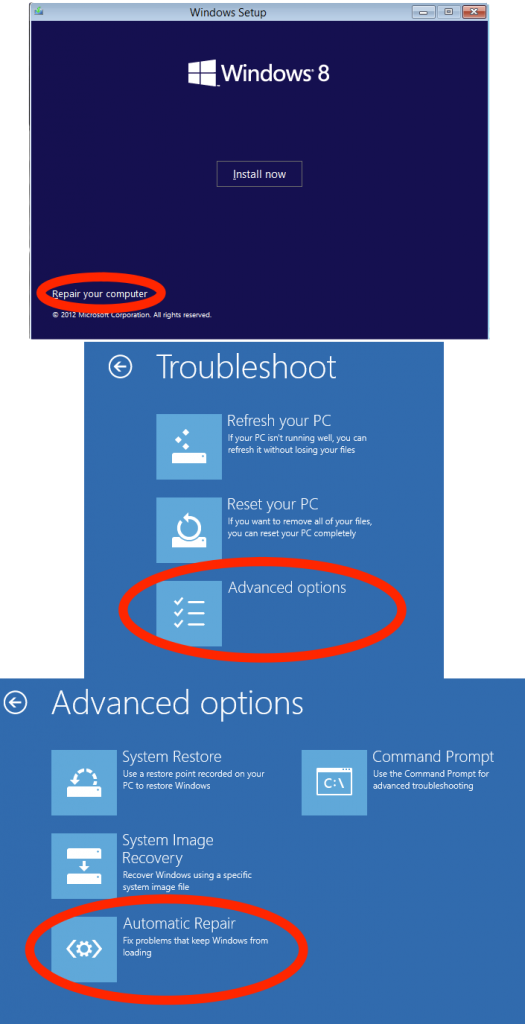 This tool is generally completely useless in situations where Windows will not boot because the hard drive has failed, but in this situation, where we genuinely have a missing boot loader, it is often the only thing you need to do to get everything running again.

Unfortunately, it didn’t work in my case. More investigation, or perhaps more advanced tools, were needed.

Choosing to enter the Command Prompt instead of the Automatic Repair option grants you more power — if you know how to use the command line tools for dealing with broken bootloaders. 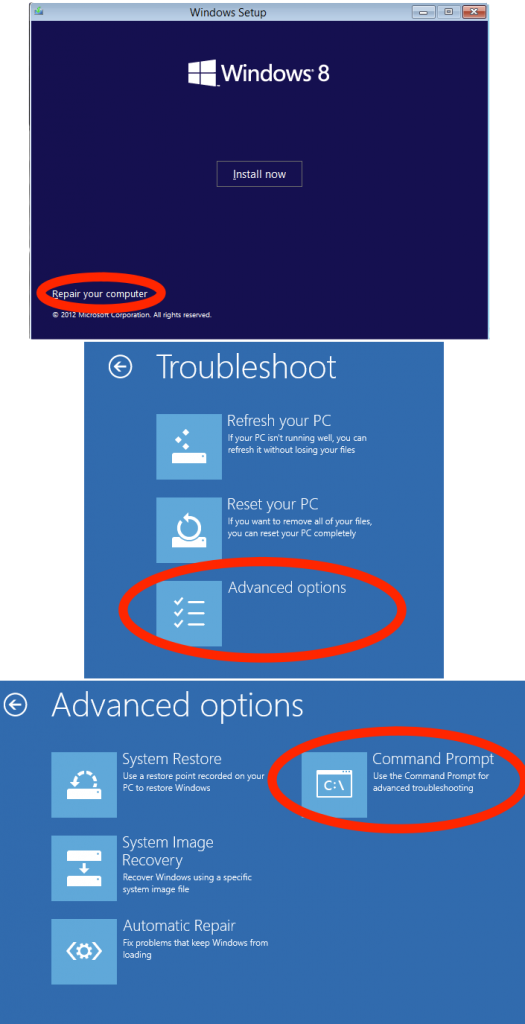 In my scenario, it was possible that the bootloader on the Master Boot Record of the disk was missing after the change in partition layout, so this was the first command I used.

This operation completed without issue, but it didn’t solve my issue — Windows still would not get to a bootloader. Since my Windows Server 2008 R2 partition likely had the BOOTMGR code on it, perhaps it wasn’t the MBR that needed to be fixed.

Upon running this command, I saw an Element not found error, suggesting that there were no Windows installs at all! This obviously was not correct, however — the partition could be mounted and everything was still there.

Bootsect.exe and Setting the Active Partition

As it turned out, in my case, not only did the boot code require reinstallation, but I had to set the ‘active’ flag on the new C: drive, or it won’t get invoked at all! This is in contrast to what I’m more familiar with, where the GRUB bootloader will kick a Linux system into action regardless of whether any partitions are ‘active’.

So, first, I used Gparted to make the partition active. 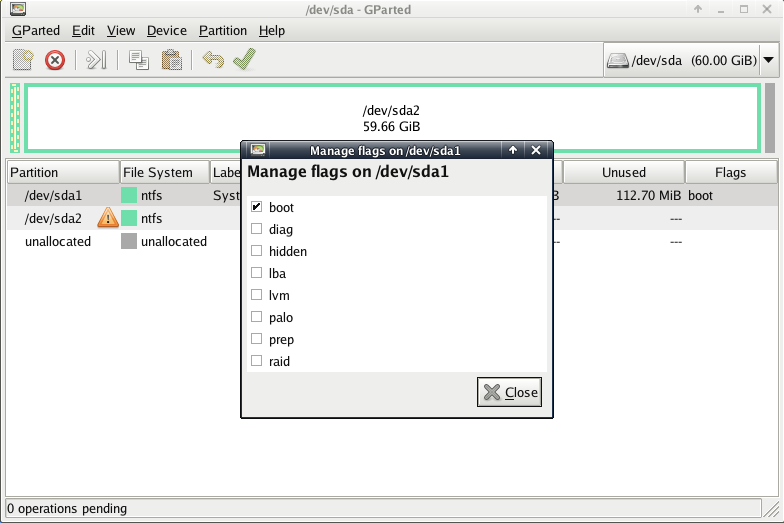 Now, a reboot into the Windows 8 CD and back to the command prompt, and the following command reinstalled the boot sector on this new C: drive.

After another run through BootRec.exe’s options just for luck…

There was no longer an error about Element not found, and these commands were able to complete.

Finally, I rebooted to this: 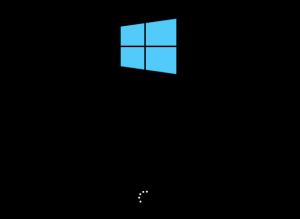 If You Havin’ Boot Problems…