I have written on this subject before, but as suspected, surveillance is back on Parliament’s agenda again.

Is the Investigatory Powers Bill the latest attempt at a “modernising” of existing laws and conventions, as is often claimed, or an unprecedented extension of surveillance powers?

I would argue strongly that the capability for your local council, tax enforcement authorities, and the myriad of other agencies that are proposed to have access to this data, to ‘see’ every thought you might have dared to research online is vastly more than would have been possible in human history. It’s also vastly more than any other country has sought the legal power to access. 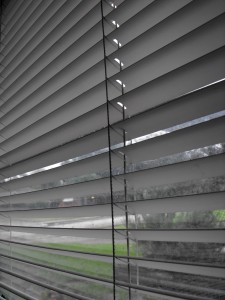 Given what we know in a post-Snowden era, this proposed legislation is quite clearly not about ensuring a continued intelligence flow for the purposes of national security. That has been going on behind closed doors, away from any democratic process and meaningful oversight, for many years, and will no doubt continue. Whether or not the activities of military intelligence agencies have a strong legal foundation has apparently not stopped them from gathering what they need to do their job. It is important for me to note that I don’t doubt the hard work they do, and the success they have had over the last ten years in preventing violence in the UK. However, we know that overreach and abuse have occurred — at the kind of scale that undermines the very values our government and their agencies are there to protect.

It is clear to me that, given the secret and ‘shady’ nature of much of the activities of the security apparatus of perhaps every nation state, what we do not need to do as a democratic society is provide a strong legal protection for such morally ambiguous acts. If a tactic is invasive or aggressive, but genuinely necessary in a “lesser of two evils” sense, the fact that the actor has to take on the liability for it provides an inherent safeguard. If it is easy and low risk to employ that tactic, there is a stronger temptation for its abuse, or for its inappropriate extension into everyday investigations. When these laws are ‘sold’ to the people as being for national security and to keep us safe from violence, it cannot be acceptable that the powers are made available to other agencies for any other purposes, as the Bill proposes.

A nation state does not have the right to violate the sanctity of the boundary of someone’s home without strong justification — a warrant. A nation state similarly does not have the right to violate that boundary in the form of bulk data collection on an entire populace. The Internet connections we open and the data we transfer is something that we can keep private from our government, unless due process is followed to override that on an individual basis.

That must remain. That principle must be protected, or we’ve forgotten why we bother with this ‘free country’ thing.

It must be protected even when we face short- and medium-term risks to our safety. Why? Because it is not hyperbole to say that failing to do so lays the technical and legal foundations of a police state, which is a much more significant long-term risk.

Fortunately, there are many fighting against this Bill, which (even if you disagree with my arguments above) is widely regarded to be completely unfit for purpose.

I wholeheartedly support the Don’t Spy on Us campaign and its six principles, and I stand with them as a supporter of the Open Rights Group, one of the organisations behind the campaign.