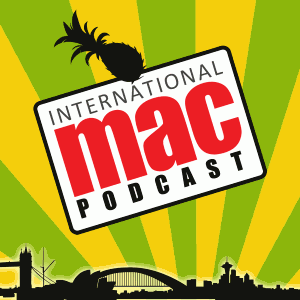 It turns out that I have had an unintentional hiatus from podcasting for a number of months.

I’m glad, then, to have broken that with the release of Episode #222 of the International Mac Podcast — “Bezos’ Bezels”.

We talked about the state of all things Apple and iOS, speculated wildly about the future of the processors we will find in our Macs and made mention of the titular Amazon CEO’s strategy as compared to Apple.

It is always great to be invited on by Stu and the team and I thank everyone for the great show!

You can listen to the show on this page, download the MP3 file directly and also subscribe in iTunes or via RSS.

I am available for other podcast engagements; I would particularly be interested to talk about Apple, Linux, web development or computer security. Please do get in touch!

Not Another Mac Podcast!

I was delighted to be invited by Mark from Everyday Mac Support onto Not Another Mac Podcast — and the episode has now been published.

Mark, Glenn Künzler of MacTrast.com and myself discussed several post-WWDC topics, MacDefender and the Mac security landscape, iCloud and user control, the new iTunes Match and iTunes in the cloud features, the revamped ‘Apple Store 2.0’ experience, rumours about the Apple A5 chip in the MacBook Air and more.

You can take a listen to Episode 8 on the Your Mac Network site and also subscribe to the show in iTunes.

Thanks again to Mark for inviting me on the show. Mark and Dennis are always looking for other contributors on their show, even if you are not a seasoned podcaster. Please do go over to the site or contact them via @YourMacNetwork on Twitter or by email if you think you might be interested.

I was invited back on Matt Hillyer’s Stealth Mac Podcast on Sunday for another roundtable episode, focusing on an Apple gift guide for 2009. 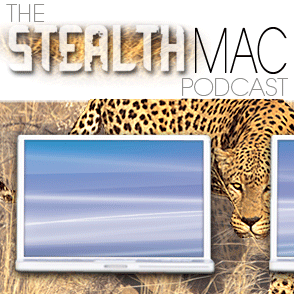 Joining me and Matt were Hugo Poon and Stu Helm. It ended up being quite a marathon podcast (over two hours of recording time) and we did stray into some other topics too, but I had great fun recording it.

Because of the fairly extensive length of the podcast, it has been split up into two parts that you can listen to. Feel free to take a look at Part 1 and Part 2.

You can also subscribe to the podcast in iTunes.

Filed under Podcasting | No comments

My Appearance on The Stealth Mac Podcast Roundtable Episode

I appeared alongside Hugo Poon and Jodi Spangler as guests on a roundtable episode of Matt Hillyer’s Stealth Mac Podcast. We talked for over an hour about Snow Leopard and particularly our install experiences and first week of using the new Mac OS.

It was great fun just to have a chat about Mac stuff with some great people. If you want to take a listen, go over to the podcast page or listen directly to the audio file.

If for some stupid reason you don’t follow the Gizbuzz feed, then you won’t know anything about episode 7 of the Gizbuzz Podcast.

Huw, Chris and I interview Dave Hoff of IMified.

We spoke with Dave about all sorts of things: what IMified is, the challenges faced, the instant messaging interface, APIs, and more. ItÃ¢â‚¬â„¢s a great service with a lot of potential and we got an interesting look into the early stages of what may well become a very influential startup.

A great interview – I think it went really well. Special thanks to Chris for the speed editing and one of the fastest podcast post-productions ever.

Listen to it here. You can also get subscribed to the podcast on that page.

PodDev Episode 3 is out, and in today’s episode, Chris Van Patten, Huw Leslie and I have:

Listen with the widget below:

If you haven’t already subscribe to PodDev (or via iTunes)

Filed under Podcasting | No comments

It’s out! Kudos to Chris for the very quick editing.

Or listen directly below!

A couple of things today.

Gizbuzz has been given a fancy new redesign by our good friend Chris Van Patten (of PodDev and Comitar fame). The new theme is awesome and big thanks to Chris for the redesign!

And in other news, PodDev Episode 2 was recorded last night (after last week’s technical problems), so once it’s been through post production it will be ready for listening.

It’s here! Yes, it’s that elusive podcasting project I was talking about. In fact, Chris van Patten, who commented on that post – well, you could have found out by clicking his name (he put the PodDev website as his link on the comments form). Ah well, so much for the hush-up.

Anyway, the first episode of PodDev is now online! You can listen to it now on Odeo, subscribe to the feed via RSS, read the transcript (if you’re bandwidth isn’t quite broad enough or you want to read along) or subscribe via iTunes.
Listen now using this Odeo Flash player:

Thanks to my co-hosts Chris Van Patten, Jacob Peddicord and Huw Leslie (Huw will be joining us hopefully next episode, he’s on holiday at the moment). Big thanks also to Paul Colton of the Aptana project who agreed to be interviewed for PodDev’s first episode.

If you’ve listened to PodDev and like it, we’d really appreciate a link back to poddev.comitar.com. Also, we’ve got some pre-made link buttons for you, if you’re interested.

In PodDev’s maiden voyage, Jacob takes a look at whether Leopard really is a major upgrade after its showcase at the WWDC, I look at Intel’s release of FOSS graphics drivers and a take a brief dip into Java and Chris gets a three-question interview with John Biggs of CrunchGear. Also, all three of us talk to Paul about Aptana, XAMLON, AFLAX and how he came back to doing JavaScript, Java and Web 2.0 work from a lot of XAML and .NET stuff.

I really enjoyed doing this podcast and I’m looking forward to episode 2 in a couple of weeks! Digg the podcast below.

I know posts look like they’ve been drying up a bit on my blog, but fear not, there is a good reason. I’ve been working on another podcasting project and that’s taken up quite a bit of my not-doing-any-other-project time (which is usually blogging). I will be back to normal posting frequency very soon.

Oh, let me guess – you want me to spill the beans about the podcasting project. You’ll see the first episode coming in the next few days, and I’m sure if you dig around you’ll be able to find it. For the rest of you, all will be revealed soon.