I just pushed out an update for DfontSplitter for Mac. The application now features:

You can download the release from the (newly prettified) DfontSplitter project page. Enjoy! 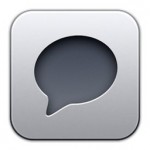 Tweetie for Mac was released today, to much fanfare. Its interface on the iPhone is absolutely top notch (I happily paid the £1.79 for my iPod Touch) and the Mac interface also looks interesting as well.

I’m not going to go into a full review, because I really haven’t used it much yet. What I don’t want this post to come across as, however, is a rejection of it totally. There are just a couple of issues relating to privacy I have with this initial release.

UPDATE: As of Tweetie 1.0.1, which was released minutes ago, this issue is fixed. Consider this paragraph obsolete.

This really bugs me. I don’t really want to be throwing my credentials across the network in plain text every few minutes. It’s like shouting out your Twitter username and password to everyone in the street. Sure, probably no-one cares, but why do it if you don’t have to?

UPDATE: I contacted Fusion Ads on this subject recently and as of this morning, 2009-04-23, the Tweetie for Mac page has been updated with a brief, but better-than-nothing privacy statement. I’m still interested in seeing something a bit more substantial, but this is a good step forward.

Tweetie for Mac costs $14.95 at the moment, going up to $19.95 later on. To get people to try it, there’s a free ad supported version, using ads provided by a company called Fusion Ads.

What alarms me is not the fact that it is ad-supported, or even that I’ve never heard of that ad company before today (although the latter is a little bit of an issue). The problem for me is that I can’t find a privacy policy detailing how this ad system works, what information it collects on you and what it does with that information.

It concerns me quite a lot that in a desktop application, where an advertising system can get a lot more information about you than it can within the constraints of a web browser environment, nothing is said about what is going on.

I have emailed the contact address on the Fusion Ads site asking where I can find a privacy policy, voicing this concern and asking them to make it more prominent if there is one. I will update this post when I get a reply.

For me, these two issues stop me from using the client right now. I’m sure the SSL issue will be addressed in a future release if enough people ask for it, as I can’t imagine it being difficult to implement at all. It would also be nice to have a little bit of transparency in how the free model works as well, and hopefully this will come with time as well.

For the time being, however, I’m not entirely satisfied that I can use the app comfortably, so I am holding off for now.