A nugget of goodness

Taken from actually quite an interesting article. Not sure I agree with all of it, but interesting nevertheless.

If for some stupid reason you don’t follow the Gizbuzz feed, then you won’t know anything about episode 7 of the Gizbuzz Podcast.

Huw, Chris and I interview Dave Hoff of IMified.

We spoke with Dave about all sorts of things: what IMified is, the challenges faced, the instant messaging interface, APIs, and more. ItÃ¢â‚¬â„¢s a great service with a lot of potential and we got an interesting look into the early stages of what may well become a very influential startup.

A great interview – I think it went really well. Special thanks to Chris for the speed editing and one of the fastest podcast post-productions ever.

Listen to it here. You can also get subscribed to the podcast on that page.

OK, this is strange…

I don’t want to be unnecessarily Microsoft bashing here, but take a look at these two identical web searches on Google and Live Search:

Now the same search on Windows Live Search (or whatever it’s called now):

Notice that in the Windows Live Search one, there is absolutely no mention of free software as in the freedom type. Not even a scrap of evidence that the FSF exist.

Now, either Windows Live Search is worse than I originally thought, or there’s some kind of conspiracy thing going on here. I hope for Microsoft’s sake it’s the former.

If it were the latter, I would be very worried.

It’s not Google being quirky either, Yahoo also list the FSF as the top result for the same query.

Do the searches yourself – on Live Search, Google and Yahoo.

UPDATE: turns out this only happens when Live Search is set to weight UK results (like when you come from a UK-based IP address through Live.com). More info.

(I wrote this earlier this afternoon, but only just got round to pasting it in.)

This is the second time I have written a blog post outside. The first was this FOSSwire post, that I composed just a few moments ago.

You know what that means?

Today was just great. Blue skies – not too cold, but not too hot and the sun was out.

The only bad thing about writing blog posts outside is that I don’t have wifi. So I have to tap them out in TextEdit, go back inside, plug in my Ethernet cable and copy and paste.

Ah well. You can’t win them all.

You’ve probably seen this already, but if not, I just have to share this gem:

Man, I wish Windows still cost only $99. In case you were wondering, this ad is real.

One of the things I love about KDE, my primary Linux desktop environment, is a technology called KIOSlaves. When you’re using it to connect to a remote server over SSH with SFTP for example, all your KDE applications can access files on that remote system exactly as if it was a local disk.

Now that I’m using Mac OS X a fair bit of the time too, I wanted to duplicate this kind of functionality (using OS X’s native applications and not KDE ones running under the operating system).

Thankfully, MacFUSE and SSHFS solve this problem, by allowing you to mount a remote server (using SSH file transfer) as a volume in the Finder. Just like with KIOSlaves, all your Mac apps (and even non-native ones) can read and write over the network as if it was a local file.

So, here’s a quick primer on how to install it.

Head over to the MacFUSE Google Code page and go ahead and download the MacFUSE Core package (at the time of writing, version 0.2.2).

Open up the disk image and run the installer by double-clicking the pkg file.

You will need to reboot after installation, as MacFUSE adds a kernel extension (don’t worry though, it’s all free/open source under the BSD licence so there should be no nasty stuff, hopefully).

Once you’ve rebooted, head back to the Google Code page and go to downloads. Grab yourself the latest version of sshfs (right now, that’s 0.1.0).

Once again, open up the disk image. This time, just drag the application to your /Applications folder (or wherever you want).

Now, run the application and fill in your details. Click Connect and a couple of seconds later, you’ll need to enter your password (or key passphrase). Finally, your mounted SSH drive should appear on the desktop and in the Finder (make sure your Finder preferences are set to show ‘Connected servers’).

And that’s it! You can hack away over SSH with full application integration. When you’re done, simply eject the network drive like you would any other and you will be safely disconnected.

It’s actually really awesome – and surprisingly easy. A couple of caveats you need to be aware of, however:

Filed under Mac, Tutorials | No comments

The KDE team have just released the final schedule for KDE 4.

I’m definitely looking forward to this one, as KDE still remains one of my favourite desktop environments. Some of the new features in KDE 4 look quite cool, but I think the best features are the new stuff they’re doing with the architecture.

It is a fairly long wait though – but at least we have a target date to look forward to!

Sometimes configurability can be a bad thing 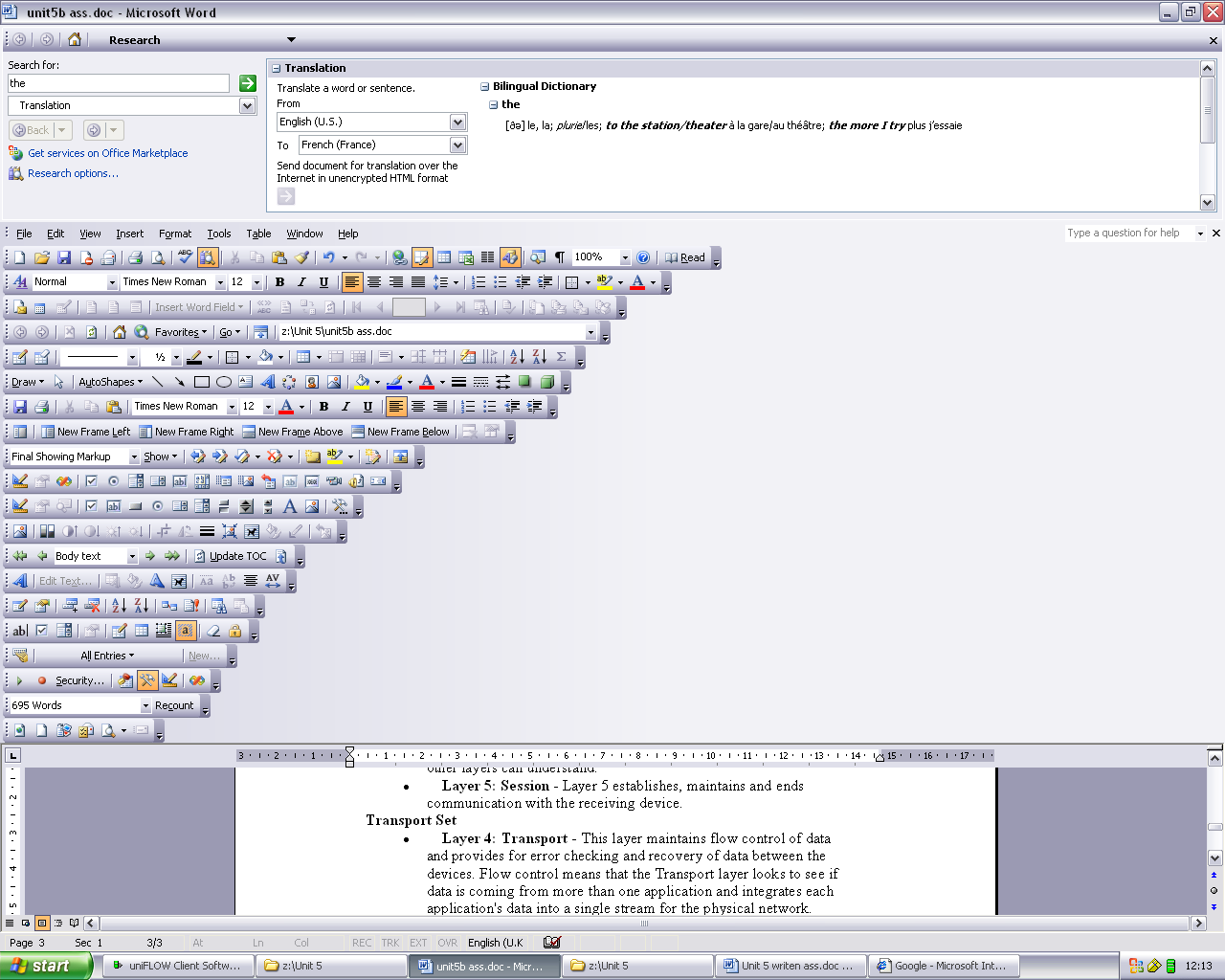 I think the picture speaks for itself.

The Google Reader shared items are back

Unfortunately, I haven’t got round to fixing the WebKit bugs yet (both Safari and the WebKit nightly build are both giving me grief).

However, I have managed to get the Google Reader shared items back online and they’re on the home page.

Using Magpie, I’ve created a custom style for the last five items from my shared items. Be sure to empty your browser cache, or do a double-reload on the page to ensure you are seeing the new styles. Actually, I had to jump through a fair few hoops to get Magpie working (involving piping the GReader items through FeedBurner to avoid Magpie’s rather hacky Atom support).

Anyway, let me know what you think!

I’m working on the site

Just downloading a working copy of my website right now.

Here are the things I’m going to try and tackle:

Wish me luck with the first one, as my CSS skills aren’t mindblowing.

I also have no idea how far I’ll get, but I’ll report back here if/when there are any changes.