Of Apple and British keyboards

… and why Apple can’t be bothered to properly localise Apple keyboards this side of the Atlantic.

But I should really start at the beginning. Basically, for a long time now I’ve been pondering a decision to buy a brand new MacBook. I came to the conclusion that I will, but I’ll wait for not only Mac OS X Leopard, but also hopefully for an Intel Core 2 Duo (Merom) version, fingers crossed.

So today I saw a MacBook ‘in the flesh’, not for the first time, but I suddenly noticed that the keyboard layout was rather strange. Basically, British layout keyboards have some minor differences to US ones, including having a £ sign located at Shift+3, and having the “ character at Shift+2, not Shift+’ (the @ is then located at Shift+’ instead). Plus, also the # sign is somewhere else… you get the idea. It’s standard QWERTY with some tweaks.

Now the MacBook (and every other Mac in the, ironically named, PC World store) had the Ã‚Â£ key in the correct place, but all the other keys were US style.

This would be a major problem for me, as I’m so used to typing with the British layout, I’d get endlessly frustrated having to hunt around actually looking at the keyboard to find a key. In fact, I couldn’t see the hash key (#) anywhere on the Apple keyboards! Not that I wouldn’t get over switching to the US layout, but you see, every other keyboard over here is in the standard British layout described above. I do not want to learn two different keyboard layouts and have to think which one to use!

A look in System Preferences revealed that the MacBook believed it was using a British keyboard layout and I couldn’t find any other layout among the many localised keyboard setups that seemed to offer the proper setting. Imagine if I plugged in the keyboard I’m using now. Like 99.99% of keyboards over here, it’s in the British configuration. I’d press “, but end up with an @ – I’d end up getting very frustrated.

Thankfully, I’m not the first to discover this and Phil Gyford has devised a solution which involves installing a custom keyboard layout. Thank you, Phil! Without this I may well have had second thoughts about my MacBook purchase, which I’ll make as soon as Leopard is out (provided they’re not just about to release a Core 2 MacBook at that point).

It won’t fix the labelling of the keyboard, but to be honest I won’t be looking at that while typing, will I?

Small details. Big impact. Like having the wrong keyboard layout that almost made me think twice about getting a Mac.

Seriously, sort it out, Apple. If every other manufacturer can do it (seriously, every computer sold in the UK gets it right), then surely you can.

You almost scared me off your entire product range. And you were saved only by a hack by a user of your products.

Greetings and welcome to an all-new tutorial series, Peter’s Webdev Workshop. This tutorial series will focus on web development, mainly focusing on using PHP as a server-side language, but I’m not ruling out having a crack at Python or Ruby, ASP.NET/Mono C# or something like that. This series will also look at JavaScript on the client side and we’ll be using XHTML for all the markup.

Before I jump into today’s topic, there’s a bit of admin and introduction I need to do to start up the new series. See you after the jump!

END_OF_DOCUMENT_TOKEN_TO_BE_REPLACED 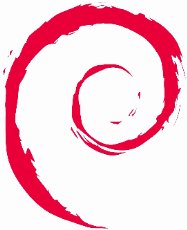 It’s back! Well, it’s about time for Part 3 of my file permissions tutorial. Just before we get stuck in to the gory details of the content of this tutorial, it’s worth mentioning that it’s a good idea to read up on Part 1 and Part 2 before trying this, especially if you know nothing about file permissions on Linux.

END_OF_DOCUMENT_TOKEN_TO_BE_REPLACED

A while back I got an invite to Windows Live Mail Beta; basically, Hotmail 2.0. So I’ve finally got round to doing a short screencast showing off its interface, a couple of new features and me explaining my thoughts on the new service.

First of all, I’d like to apologise for the fact that the Firefox window is cut off and subsequently there’s some of the window that you can’t see. It’s not a major issue, but still, annoying and not worth re-recording for. Next time I’ll resize the window to exactly 720×576 to prevent this problem happening again (it’s an Adobe Premiere Elements thing).

Stay tuned for full size 720×576 XviD version, it will be available for download soon.

If there’s anyone reading this that is interested in media, my friend and PodDev co-host Chris Van Patten has just launched a blog all about media, the new media, and how to succeed in the new digital media age. It’s called YouMakeMedia and it’s looking really promising just from the posts that Chris has written already.

From the about page:

YouMakeMedia is here to help you along every step of your media creation journey, from pre-production through post (and beyond). We offer tutorials, links, video, audio, and reports of industry news – whatever we feel will help you in becoming a “new media guru”.

So if you have any interest at all in media in the digital age, subscribe to YouMakeMedia via RSS.

Quick update – if you remember, I had problems getting Windows 3.11 for Workgroups running on top of FreeDOS in VMware (wow, long sentence).

Well, a kind friend donated me an ancient copy of MS-DOS 6.22 (on four floppy disks, may I add) which has helped me actually get WfW running inside a VM (thanks James).

It involved a bit of hacking, but now I have WfW running inside VMware.

Basically, the MS-DOS install goes fine, but on rebooting I found that it wouldn’t boot – the PC speaker started making a horrible noise and garbage was printed to the screen. If you press F8 inside the VM while booting, you get the option to control what happens at boot up. Answer no to all the questions, and you will boot into a DOS environment (albeit limited to 640 KB RAM).

Then insert the WfW disk, and run:

Then run through WfW setup as normal. Now when you restart, you need to press F8 again while booting MS-DOS and answer the questions as follows:

After this point, answer yes to the rest of the questions (your country line may differ slightly or be absent completely depending on which country you chose during MS-DOS setup). Now you can run win from the command line to boot into Windows.

Now you can open Notepad (in the Accessories group) and edit C:\CONFIG.SYS. Remove the offending line
DEVICE=C:\DOS\SETVER.EXE. (In fact you could do this using MS-DOS’s edit, but this is presuming you want to install Windows anyway).
Now MS-DOS boots perfectly and I can be nostalgic with Windows 3.11! Remember, if you add the line win to the end of file C:\AUTOEXEC.BAT, Windows will start on boot.

Well there’s a Gmail feature I didn’t notice until today.

My comment featured on Lifehacker’s “Around the water cooler”

Don’t forget Bugmenot, it’s a very good service for getting into sites that require registration.

Well, it got featured in Lifehacker’s latest Around the water cooler post. Cool!

WPGet 0.3 has been put online here and on PHP Classes. The 0.3 update is simply an edit which fixed an issue where if you drafted a post, subsequently published a different post, then published the draft one, the posts would appear in the wrong order (changed the order of results fetched from MySQL to post_date not ID).