Its status as a relatively novel communication medium means that Twitter doesn’t necessarily have a clearly defined set of social expectations attached to it just yet. I think even now, post mainstream popularity, it is very much a service that you can use in the way that works best for you. Everyone doesn’t have to participate in exactly the same way.

Twitter is a useful tool for businesses to promote their products and actually connect with their customers. I think it’s great when a brand steps into this space and really ‘gets’ the nature of the service. It can make a brand feel a lot more human, enhance how you feel towards it; it serves as a great advertisement.

There are some practices on Twitter that I really can’t stand, however.

Now, as I said, one of the great things about the service is that there aren’t necessarily set rules which everyone follows in the same way. I don’t intend this post to be telling people what they should and shouldn’t do with the service, but I do want to point some things that really bug me. In short, this is somewhat of a rant.

Twitter competitions are a marketing device that is becoming increasingly common. You convince people to follow your business’ profile, or tweet about the business or product, in exchange for a chance to win said product. Simple enough concept.

Some competitions in recent weeks have encouraged Twitter users to tweet anything they would normally tweet, but add a hashtag to that tweet relating to the product or promotion. I disagree quite strongly with this.

A hashtag is a short word or phrase starting with the # character.* You can add a hashtag anywhere in your tweet if you want to associate that tweet with that particular topic. It makes searching for tweets on a particular topic or event easier; it’s a great tool for hearing a collective voice on something. 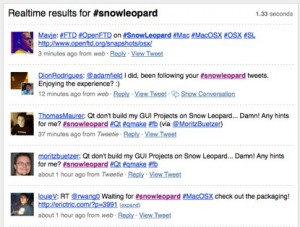 Hashtags work because tweets that are related to the tag are the only tweets tagged with it. Encouraging users to randomly tag unrelated tweets breaks this model. And you’re ‘selling out’ your thoughts!

Twitter competitions can be done right, and I actually don’t mind seeing people tweeting something that promotes a business or product. But I’d like it if those tweets are clearly separate from other stuff and that you actually do care about the product as well and don’t just want free stuff.

If you have something cool you have to share, whether you made it or just stumbled across it, I’d love to hear about it via Twitter. But once or twice a day for each cool thing is enough.

If people consistently tweet exactly the same tweet, or constantly re-promote something in case others have missed the last tweet, I get pretty frustrated, pretty quickly.

People will miss tweets. That’s the nature of the service — it’s dip in and dip out. If they do, tough. It’s not fair to keep constantly banging on about something to the people that heard you the first time and the second time and the third time!

This is somewhat less of an emotive issue than the other two, but I think it’s still worth me saying.

If you put “please retweet” in your tweet, I won’t. With maybe a couple of exceptions.

If I’m going to retweet something (which is pretty rare) it will be on its own merit. I might help promote something a friend has done, but that will be because I believe in it, not because I’m told to.

These issues have been on my mind for a while. Twitter is constantly evolving and I personally think there really are roads that we shouldn’t go down and principles that we should uphold.

Integrity, honesty and loyalty are very important to me. If I stop ranting for a moment about specific issues, what I really want is that principles like these be respected, upheld and defended in the online world, as they are offline.

* Which is most definitely pronounced ‘hash’, not ‘pound’. This is pronounced ‘pound’ — £.