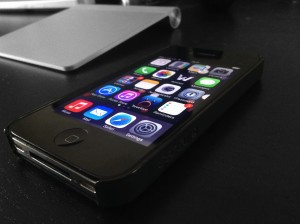 Moving to Mountain Lion and Beyond

In my most recent article for For Mac Eyes Only, I ponder the implications of the remarkably speedy scheduled release of Apple’s OS X Mountain Lion on the longer term viability of older Mac hardware. Mountain Lion is due to arrive just a year after the release of Lion.

We now await OS X 10.8, Mountain Lion. Scheduled to be released a mere year after Lion, we are promised even more features ‘inspired by iPad’.

Wait a second. What was that? It is due to arrive this summer. Just one year after Lion was released.

A new release of OS X hasn’t come so quickly since the operating system was very young and was still being established and stabilised.

This strikes me as quite a shift, and it brings me to an important issue — how does this affect the lifespans of the Apple products we buy?

You can read the full article over on the For Mac Eyes Only site.