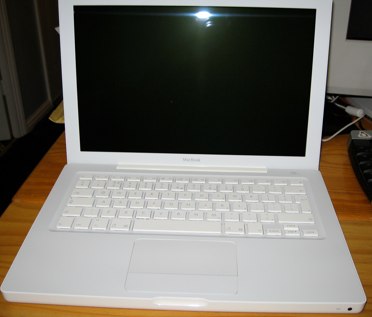 This month marks three years since I purchased my white MacBook, my first Mac computer. Other than the AppleCare coverage stopping (good job they just replaced my battery, yay!), this represents quite a milestone in my technological life.

I have always had a passion for playing with anything and everything when it comes to technology. I am not satisifed merely to find a technology solution, I am excited and highly motivated to seek out the best solution that meets the specification in the best way and then to understand it and know everything about it.

My interest in the Mac was born from this insatiable desire to understand everything. The Mac was, little over three and a half years ago, much a mystery. Having explored the Windows and Linux worlds extensively, the Mac was the last place in desktop computing that I really hadn’t looked into in great detail.

Over the last three years, I have found that my investment in the Mac has proved worthwhile. Mac OS X has ended up being my primary platform for desktop computing. While I still spend time working in the Windows and Linux worlds and enjoy discovering and learning about the new things happening there, the Mac has been a big focus for me in recent years.

So I ask myself — objectively, why has the Mac become my primary desktop platform?

Having said all that, I am still very interested in using everything and anything. While the Mac may be where my primary focus is on the desktop for now and the forseeable future, I am still very much interested in what is going on in the Linux desktop and Windows worlds and you can be sure I’ll continue playing with all sorts of technology in the future.

Here’s to the next three years of Mac — and perhaps beyond!