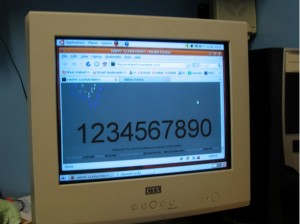 UPDATE: I’ve given them all out now – no more left. Sorry!

Thanks to Agile Web Solutions‘ American Thanksgiving giveaway, I have free licence for 1Password to give away.

So yesterday and the evening before that we had a little bit of snow here in Reading. It’s very unusual to get snow here in October, so quite a novelty.

This is a photo I took with my phone from outside the window of my room here in Bridges Hall, on the university’s Whiteknights campus. Enter a URL, and it will be displayed, with FAIL written on top. Simple, and, may I say, quite brilliant. It made me laugh anyway. I was pleasantly surprised to read that The Times Magazine for the 9th February includes a section on the latest internet meme of FAIL (page 12, left hand box if you’re interested).

I was not so pleasantly surprised to notice that half way down, you are invited to “Visit timesonline.co.uk/microtrends for an epic shipment of fail”.

Why? Well, in my opinion, FAIL is subject to special grammar requirements. It should have been “a shipment of epic fail”, not “an epic shipment of fail”.

The lack of capitalisation also concerns me, but it might be a little harsh to be critical on that point as well – and the capitalisation of the word isn’t necessarily a set-in-stone rule, either.

You can read the article that appears in print over on their site.

Yeah, they cost too much, but they are awesome. So here are my completely unrefined first impressions.

Mail is by far the best mobile email client I’ve ever used. To be fair, I haven’t really used that many, but it beats going to the Gmail web interface hands down. On a full-sized computer, Gmail webmail is pretty workable, but is sluggish on a device like the iPod.

Here, the richness of a local app improves the experience significantly, especially on slower and unreliable dodgy wi-fi connections. And I can have as many POP/IMAP accounts as I want loaded in and synced up. The best part of Mail for me is that it caches email you’ve downloaded (even on IMAP), so you can look at email again even when you don’t have a connection to remind yourself of a detail or something. I actually love Mail on the iPod Touch. 😀

Maps is pretty cool – haven’t had much real use for it yet, considering I only got the apps this afternoon. It’s less useful than on the iPhone as you’ll have to find an open connection to use it, rather than using the cell network. Still, it’s an impressive maps experience considering the portability of the device you’re running it on.

Weather’s useful, and as far as I can tell, also caches data so you can still see something when you’re not connected.

Notes is a genuinely useful app and should in my opinion have shipped with the iPod in the first place. Shame about the lack of syncing, but it’s useful for quickly jotting something down without finding a pen and paper.

I don’t really care much for Stocks, not at the moment anyway. 😛

The customisable home screen and web clips are a nice touch too, although I’m not sure about the wobbling icons. It sort of distracts you from what you’re doing – I think something a little more subtle might have been better to let you know that you’re in editing mode.

Overall – they’re worth getting, but I am still quite annoyed at the fact that it isn’t a free update. Roll on the SDK. 🙂

Then, again, out of curiosity, I put it under some load, by running glxgears at full screen – 1600×1200. Turns out the GPU positively roasts at such a temperature. 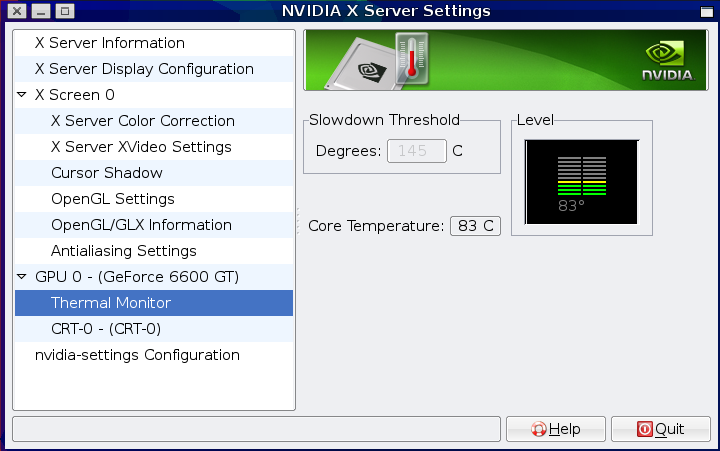 So I’m officially ready for Leopard.

The entire Macintosh HD volume has been backed up (60 GB of sparseimage!) and frozen (I’m not touching it in terms of saving anything important) and I’m ready for my shiny Leopard disc to arrive to do an erase & install and then copy selectively the good stuff back.

Now we just hope UPS decide to deliver it tomorrow morning not evening (or worse, later than tomorrow!). Go on UPS, make me happy.

Because everyone loves a little database humour