The opening of a new Apple Store is always an interesting experience — and one that never fails to inspire enthusiasm unheard of anywhere else in retail! I actually went along three and a half years ago to the opening of the WestQuay store in Southampton, but today, there was the Grand Opening of the new store in Festival Place, Basingstoke.

It is a really convenient store for me — it is just a 20 minute train journey away, so it is now even easier to get to the Apple Store should anything need fixing, or anything new need purchasing. 😉

I have put together a short video of the Grand Opening event, which you should see embedded below.

Definitely nice to go along, share in the experience — and pick up that all-important Festival Place Apple t-shirt to add to the collection. 🙂

Over the last few years I haven’t really found myself liking the names of major new products from Apple. MacBook Air, iPhone 3GS and even the original iPhone name I didn’t like (drop the ‘i’ prefix already!)

And now we have iPad.

The name aside, though, this looks like a cool device. It feels to me to be a scaled-up iPod touch in many ways, but with software and an interface that are really capable of taking full advantage of the extra screen space and form factor. I don’t think the iPad is going to be as revolutionary as the iPhone was for the ‘smartphone’ market and I think it might take a bit of time for it really to find the right market (beyond early adopters); people need to work out how to fit it into their computing workflow. But it will force all the other companies doing tablet computers to rethink their approach.

Will I be getting one? I answered this question on the roundtable episode of The Stealth Mac podcast that I just participated in (podcast download not yet available). I’ll wait and see. I think like many people, I need to work out how it would fit into my workflow and how I’d justify my need for it. I will certainly be interested to hear how well it works for what you can do with it in a real-world setting. 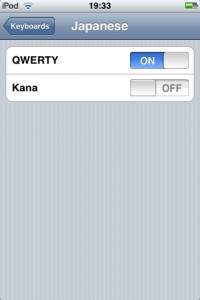 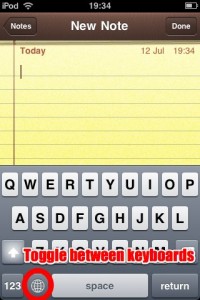 Yeah, they cost too much, but they are awesome. So here are my completely unrefined first impressions.

Mail is by far the best mobile email client I’ve ever used. To be fair, I haven’t really used that many, but it beats going to the Gmail web interface hands down. On a full-sized computer, Gmail webmail is pretty workable, but is sluggish on a device like the iPod.

Here, the richness of a local app improves the experience significantly, especially on slower and unreliable dodgy wi-fi connections. And I can have as many POP/IMAP accounts as I want loaded in and synced up. The best part of Mail for me is that it caches email you’ve downloaded (even on IMAP), so you can look at email again even when you don’t have a connection to remind yourself of a detail or something. I actually love Mail on the iPod Touch. 😀

Maps is pretty cool – haven’t had much real use for it yet, considering I only got the apps this afternoon. It’s less useful than on the iPhone as you’ll have to find an open connection to use it, rather than using the cell network. Still, it’s an impressive maps experience considering the portability of the device you’re running it on.

Weather’s useful, and as far as I can tell, also caches data so you can still see something when you’re not connected.

Notes is a genuinely useful app and should in my opinion have shipped with the iPod in the first place. Shame about the lack of syncing, but it’s useful for quickly jotting something down without finding a pen and paper.

I don’t really care much for Stocks, not at the moment anyway. 😛

The customisable home screen and web clips are a nice touch too, although I’m not sure about the wobbling icons. It sort of distracts you from what you’re doing – I think something a little more subtle might have been better to let you know that you’re in editing mode.

Overall – they’re worth getting, but I am still quite annoyed at the fact that it isn’t a free update. Roll on the SDK. 🙂

Here are some photos from the unboxing of my iPod Touch. I’ve had it for a few days now, and I am absolutely loving it thus far.

Strangely though, I don’t really feel like jailbreaking it and messing around with it at the moment. Whether I’ll stick with that attitude and wait until February, considering it’s not long now, or whether I’ll change my mind will yet to be seen, I guess.

In the meantime, enjoy the photos below, or view the full set on my Flickr.

END_OF_DOCUMENT_TOKEN_TO_BE_REPLACED

Filed under Mac, Photos | No comments

I’m thinking. And thinking hard. I’m enticed by both the iPod Nano and the iPod Touch. I’m going to almost definitely buy one of them soon, but I’m not sure which one.

So here’s an über brief list of advantages for both.